Not everybody can turn her passion into a profession, much less one that has flourished for two decades. Founder of Motherswork, Sharon Wong, shares her journey with CHARMIAN LEONG 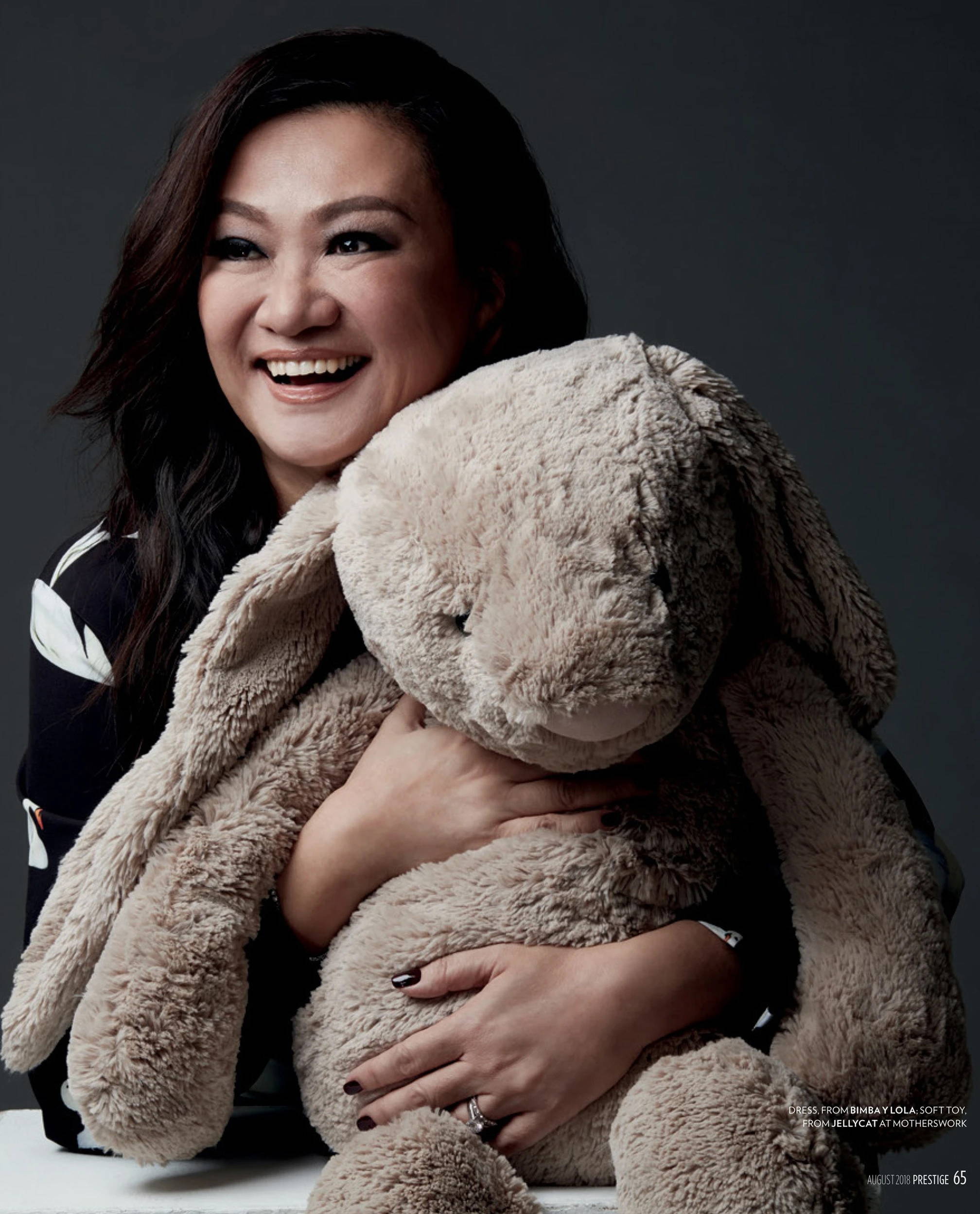 SHARON WONG LIKES to tell people she's an "accidental" or "unintentional" entrepreneur. She's not entirely wrong. Her retail chain Motherswork started as a hobby that eventually developed a life of its own. But if all it takes are fortuitous circumstances to become an entrepreneur, we would see a whole lot more of them today. So while we'll concede her path to business ownership wasn't exactly planned, there is nothing unintended about how she stayed at the top of the mother and baby retail game once she decided to become a player.

Like many successful business owners, Wong say a problem and decided to fix it. "When I was pregnant with my first child, I was working full-time at an MNC. I had to meet bankers but didn't want to go in my frumpy, floral maternity dresses." she shares. "That's when I decided to sell maternity clothes for professional women." So she opened a small shop at Forum the Shopping Mall, and that was the beginning of Motherswork. While the name hasn't changed, the scope of Motherswork certainly has. Obsessed with hunting down the perfect products for her babies and realizing the only way to get the brands she wanted was to order in bulk from overseas suppliers, she amassed a sizable collection of spare goods. "I wanted the coolest stroller, the safest car seat... But this was over 20 years ago and we didn't have such stuff in Singapore," she says. "Can you imagine the number of brands and products I had researched by the time I had my third child? I was probably on my 10th stroller and hated the first nine. So I started selling products for babies and children too. It was a hobby - I simply wanted to hang out with other mothers and share all these knowledge. This was before social media so you couldn't just go online and Google everything. We were the research."

Motherswork moved to a bigger space at Great World City, and she ran it mostly from the US, where her family was based then, and came back during the summer holidays to check on the store. "While living there I was exposed to even more products and I started to build relationships with the suppliers. The little store that held all my favorite things started to grow, and once my kids were in school m,I felt as if it was telling me. "Hey, pay attention to me now! I need to be a business!"

A business it became, and a thriving one at that. Motherswork celebrates its 20th anniversary this year, with four stores in Singapore and eight in China(and the ninth opens in September). These are impressive achievements for what essentially began as a diversion from going crazy during her pregnancy, as she candidly puts it.

So how did Wong do it? " We believe the items we curated were the best in terms of safety standards. We have 11 values and criteria - one for each letter in Motherswork - and the products we carry have to meet at least four of them." she explains. 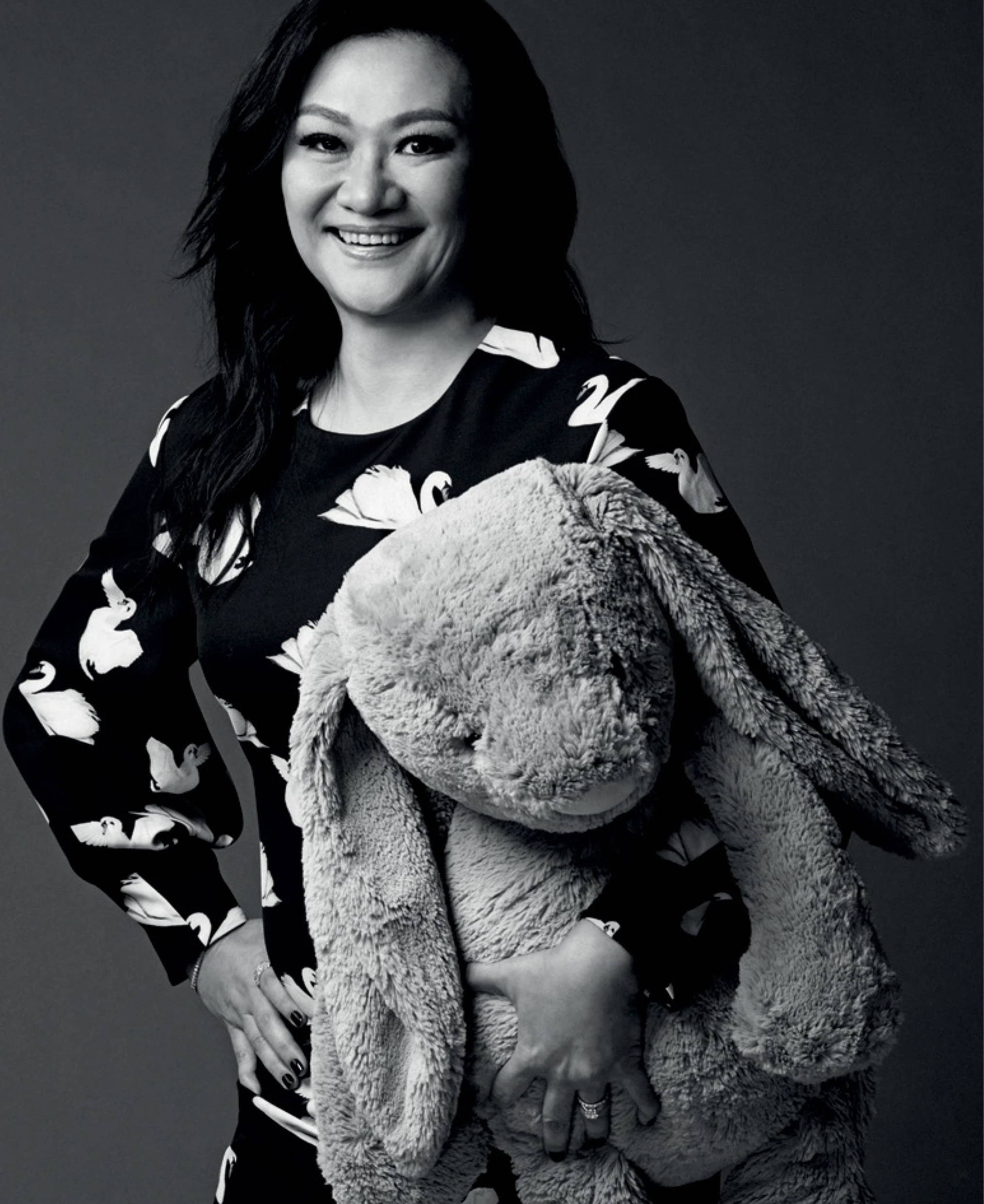 But it's not just about stocking the choicest items from the most elite brands. Wong understands that evolving to stay relevant is key to survival. "Retail is not what it used to be. It's gone from bricks-and-mortar stores and online stores to quick deliveries. Now there are even smart stores." she says. Which is why, in addition to an online store for Motherswork, she also launched Motherswork Express, an online spin-off to the main store that offers daily essentials like breast pumps, diapers and baby monitors with a 2-hour delivery.

"People have asked me if I'm bored after doing this for 20 years but the trust is. I don't even have time to think about it." she adds.

By 2012, Motherswork was doing well locally, but Wont itched for a new challenge and started looking to expand and started looking to expand regionally. "I considered Malaysia and Indonesia but I knew the minute we stepped outside Singapore. things would be different. It didn't matter if our overseas outpost was an hour away or five." So she picked the promised land of scalability: China.

"I was naive and too confident," she admits. "I thought if we made it in Singapore, we could do it in China. I knew how to open stores. I had all my brands, and my suppliers supported me. What could be so difficult?:

Well, everything, as it turned out: "The rules there are different and you could never get a straight answer out of anyone. Getting a business registered in Singapore took three days or less, but in China you could wait for months before it's approved."

The biggest challenge though, was to find someone to rent them a space. "Everywhere we went, we were asked if we had operated overseas before and if we had s tore in China. But it was a chicken-and-egg problem; how could I have a store here if none of you will give me a chance?"

One mall in Beijing finally did, but it was languishing with high tenant turnover. "They were desperate, but so were we. This was my first break, and I could see my store coming to life there. I could feel it. I didn't know if I could pull it off, but once they said yes, it was time to scramble."

On the morning of the opening, it was frighteningly quiet due to a nearby demonstration that blocked road access to the mall. But once the barricades were removed, there was a line at the cashier from 1pm till closing. "No one had seen a baby store like ours - one that was polished, beautiful and stocked international brands. We even had competitors bringing in teams to use our products for their training."

She recalls with smug amusement how competitors there tried to copy her concept wholesale, from the same typical black and white signage to displaying strollers(as opposed to promotional items) int he show window. "I wasn't displaying just any stroller; they were strollers from Bugaboo and Stokke, both top-tier brands. That's the danger in copying blindly - you forget your own DNA. And by the time they realized it, we would have changed again. But hey, they were practically giving us free marketing by trying to imitate us." Thanks to Wong having raised the bar. Solana Mall became reinvigorated and is now the most successful maternity and childcare-themed mall in China

Wong is, however, not one to hoard her triumphs, Motherswork has launched charitable initiatives since 2009, but for its anniversary this year she's planning an "empowering entrepreneurs" programme, where she will share her retail experience with those who want to follow suit. As Motherswork Express will also be launching in China, she hopes to rope in aspiring entrepreneurs to help franchise 100 stores there.

"People are always asking me about the secret to my success but I don't have one," she says. "A;; you have to do is find your passion, believe in it and go . But once you hit the road, be ready to run and to navigate an ever-changing landscape. Adapt and change, rinse and repeat."

Hence she never cares too much about succession planning. "I want my kids to do what they want to do. Motherswork is my passion. It's not a legacy, it's just me."