Common cold: The most common infectious disease that is affecting your child

The common cold is the most common infectious disease in the world. While adults are susceptible to this disease, children with less developed immune systems are especially prone to falling prey to the common cold. In fact, it is estimated that children can catch a cold up to eight times a year on average!

There are several reasons contributing to this alarming statistic. This viral infection spreads easily with constant contact and interaction between an infected individual and other people. When the shared space between people is limited, a simple sneeze or cough can immediately spread the virus through droplets in the air and via common surfaces. This is also why despite vigilant cleaning, infant and child care centres, kindergartens and schools continue to be a few of the places where your child is most likely to catch a nasty flu.

What symptoms should I look out for?

The first signs of a cold are discomfort and itching of the throat, a runny or stuffy nose, or even both. Other possible symptoms that can be displayed by your children include sore throats, cough, slight body aches and even a slight fever.

How long do colds persist and how do I know that it’s not the flu?

After the first occurrence of symptoms, it usually takes up to a week to recover from the common cold. Another thing to take note of is that the carrier of the virus remains contagious for about 5 to 7 days, with the infectious period extending to even two weeks!

Also, it can be hard to differentiate between a common cold and the flu. While both conditions share similar symptoms, they differ significantly in terms of severity and the rate of occurrence. Flu symptoms usually occur very abruptly, as opposed to the common cold, where one experiences a more gradual onset of symptoms. Additionally, flu symptoms can also be more serious, and can also include nausea, vomiting, fatigue and chest discomfort. The best way to identify the condition that your child is experiencing would be to seek medical attention from your medical provider immediately.

Can the common cold be prevented? 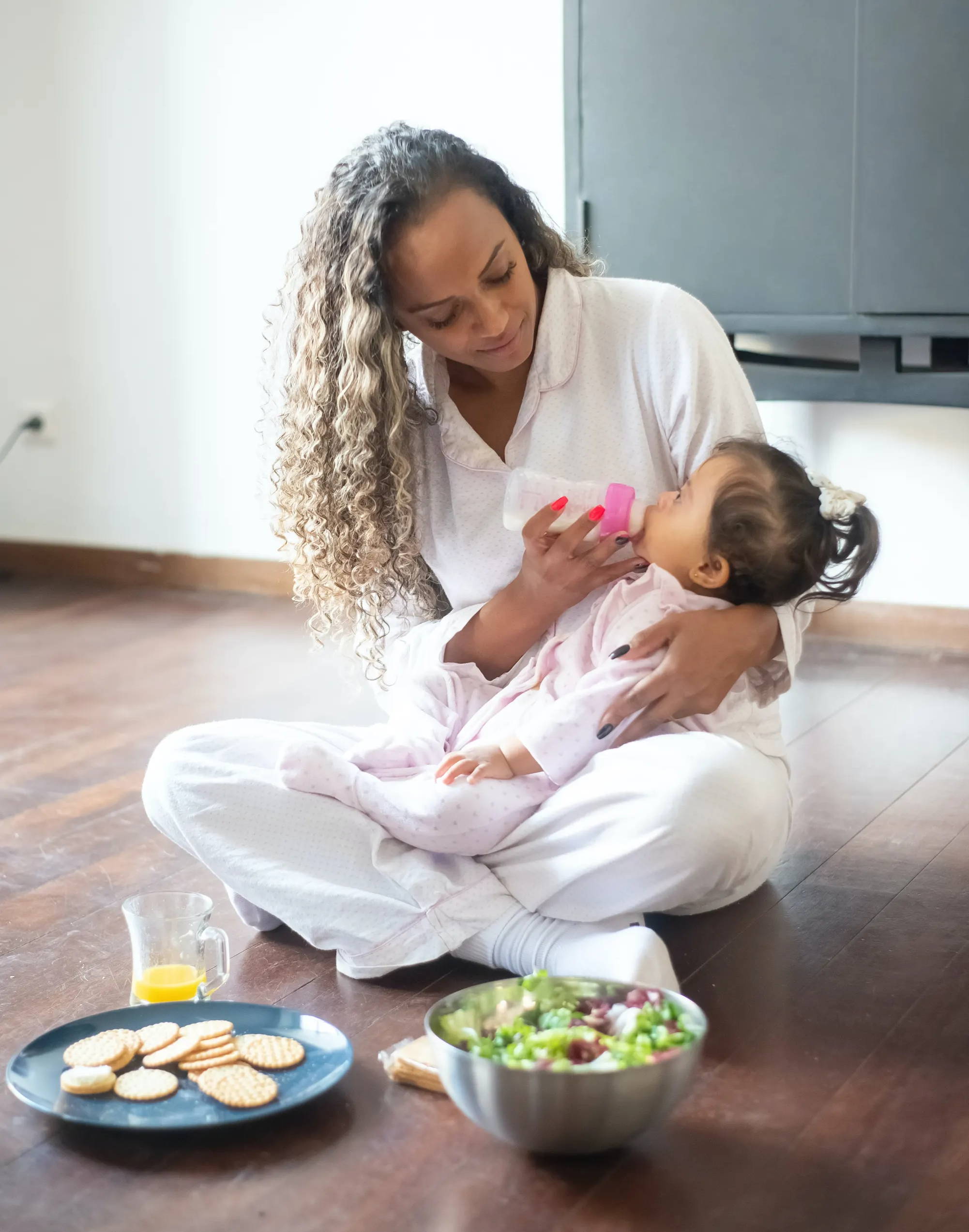 There are a few things that you can do with your child to prevent catching, and spreading, the common cold:

Can the flu be treated? When do I need to bring my child to see a doctor?

While there is no medication that specifically treats the flu, it is possible to ease its related symptoms. If your child is suffering from a congested nose, running a warm shower for your child can help to clear up the congestion and get rid of excess mucus. Also, it is important to make sure that your kid stays sufficiently hydrated during this time. Sore throats and a lack of appetite can cause your kid to reject food and water, which may lead to dehydration in the long run. Consider preparing water-rich foods, such as simple porridges or soups, for easy consumption. These foods are also a yummy way to replenish your child’s nutrition and hydration levels!

Should you observe persistent or even worsening symptoms, teleconsult a doctor on the WhiteCoat app with your child. The attending doctor will provide the required care and medication, from the comfort of home.

Motherswork members and their children enjoy a preferred teleconsult rate of S$15 (excluding medication and delivery, if any) when teleconsulting a WhiteCoat GP. Redeem your exclusive Motherswork code in the member’s corner and head here to find out how to activate your WhiteCoat telemedicine benefit.